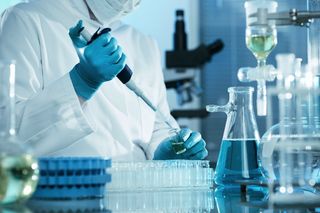 In FSBI CNMVL 27 specialists are engaged in research work.

Order No. 591 of September 17, 2018 "On holding a competition for filling scientific posts"

Order No. 333 of May 31, 2018 "On the establishment of an attestation commission for certification of workers holding scientific positions"

Order No. 276/1 of 10 May 2018 "On the creation of a competitive commission for the filling of the positions of research workers"

In 2016, for joint research and development work between the FSBI CNMVL and FSBEI Moscow Veterinary Academy named after K.I. Scriabin concluded an agreement on cooperation in the field of scientific and methodological activities in the following areas and topics.

Development and implementation of monitoring of livestock farms in the Central Federal District in order to diagnose and determine the distribution range of genital infections in cattle and pigs (brucellosis, infectious  rhinotracheitis, chlamydia, salmonellosis campylobacteriosis, leptospirosis, mycoplasmosis, etc.).

3. Development of a comprehensive test system for the diagnosis of vaginal forms of infectious bovine rhinotracheitis, chlamydia and mycoplasmosis in animals.

An agreement has been prepared on conducting joint research work between the FSBI CNMVL and the Federal State Scientific Institution “All-Russian Scientific Research Institute of Veterinary Sanitation and Ecology on the development of methods for identifying new chemical toxicants and mycotoxins in food and feed”.

In July 2011, the Central Scientific and Methodological Veterinary Laboratory, together with the Federal Service for Veterinary and Phytosanitary Surveillance (Rosselkhoznadzor), developed the method  "Identification of microorganisms using a MALDI Biotyper microflex mass spectrometer in the study of food raw materials and food".

In 2016, the analysis of the current regulatory and methodological base of documents used in veterinary laboratories in Russia was conducted and found that more than 112 research methods require urgent processing and improvement to ensure the qualitative diagnosis of infectious animal diseases and the safety of animal products and feeds.

In November 2016 released collection of regulatory documentation permitted and recommended for use in state veterinary laboratories in the diagnosis of diseases of animals, birds, fish and bees, as well as in monitoring the safety of raw materials of animal and vegetable origin, feed.

The equipment sheet was developed by the Central Scientific and Methodological Veterinary Laboratory, coordinated by the head of the Federal Service for Veterinary and Phytosanitary Surveillance (Rosselkhoznadzor) N. A. Vlasov.

In December 2016, the FSBI CNMVL signed a cooperation agreement  in the field of scientific, methodological and practical activities with the OAO "Head Center for the Reproduction of Farm Animals".

ВIn December 2016, the FSBI CNMVL signed an agreement on research cooperation with the Federal Budget Institution of Science "Central Research Institute of Epidemiology."

Based on the test results, it is planned to develop guidelines for the use of biochemical analyzers and biochemical reagents “DiaVetTest” in veterinary laboratories of the Russian Federation for clinical biochemistry.